In Kierkegaard’s Masterpiece Fear and Trembling he points out and elaborates on issues most all who have read the account of Abraham and his son Isaac in Genesis 22 miss entirely. The most apt of these pearls for the point I want to make in this post is the fear and trembling Abraham felt when told to sacrifice his beloved son. One of the indicators of this is found in verse 3 when we are informed, Early the next morning Abraham got up and saddled his donkey. Now Abraham was one of the wealthiest people of his time. What Kierkegaard recognized was that the acts of getting up early in the morning AND saddling his donkey were always done by servants. He goes on to show that this could only have been the result of being consumed by anxiety, stress, and yes, fear. Combined these emotions prevented him from being able to rest at all knowing what awaited Isaac the following day. Those who are familiar with the story also know both why Abraham would feel these emotions and the fact this existential drama ends well for everyone involved. *

Fear and Trembling is what I am experiencing at this very moment. Like Abraham it concerns one of my sons. The oldest just walked out the door to attend a Homecoming Dance at his school. As I sit here trying to psychoanalyze myself (hoping not to be the attorney who represents them-self having a fool for a client) it seems a breakthrough has just happened. I’m feeling this way because my son, who has been driving since June, is going out among the drunk drivers who inhabit the highways and byways especially on a Saturday night. He is an incredibly mature driver who already seems to have been behind the wheel for a decade. None of this matters at the moment because as his father there is no way I can change the way I feel. It will be a combination of relief and joy when he walks back through the door late tonight. I guarantee he will receive one of the longest hugs ever upon his return. That hug will of course be administered by yours truly.

Believe it or not I count this as a Blessing because it is a stark reminder what those we encounter are experiencing. Each and every day Cord of 3 Strands comes alongside people consumed by Fear and Trembling. Often it is concerning a son or daughter. Our work is with people who have been given the news no one on earth has ever wanted to hear. We assist those who have been told they have Terminal Cancer. It can be a middle-aged person whose parents are overwrought about the diagnosis or someone diagnosed her or himself with a young family who becomes consumed with the prospect of dying and leaving children behind. It seems this Fear and Trembling is universal at the start.

Our greatest success is meeting people at the lowest point of their lives and guiding them back to, once again, participating in family life and social activities with friends. The first inclination of more than 90% of those presented with this terrible news is isolation. We demonstrate that isolation leads to anxiety which leads to fear which leads to stress which weakens the body further and by definition is self-destructive. This type of reaction serves to further shorten life in this world and also sucks every bit of joy out of one’s remaining years. The addition of both quantity and quality in the lives of our people has brought surpassing joy all the way around. We feel joy, family and friends feel joy, and, most importantly, the person with Terminal Cancer once again feels the freedom to be joyful.

Currently these good people are released into a sort of purgatory. They are cut loose immediately after surgery, chemotherapy, radiation or whatever combination of treatment their individual doctors determine are best. Typically an appointment is scheduled for anywhere from a few weeks to six months afterwards. During the time that elapses between treatment and any follow up session people with Terminal Cancer are left to wallow in the poisonous caldron of emotions that are shortening their lives with each passing day. Our purpose is to put an end to the status quo that has developed. We are searching for partners across the world who are interested in doing the same work about which we are so passionate.

Cord of 3 Strands has developed a methodology unique, from what we can tell, in the entire world. It is called the Empathetic Approach and we are ready, willing, and able to teach this to anyone who desires to assist people with Terminal Cancer.

Please note that other than expenses there will never be a fee for teaching this approach. Our strongest desire is to see this being employed across the globe in the next 20 years.

If interested, we can be reached in any of the following ways. 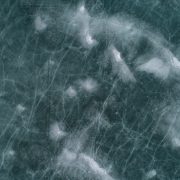 Through Thick and Thin
0 replies

Want to join the discussion?
Feel free to contribute!

Through Thick and Thin